The SHIFT team is a coalition of change-agents who, after years of collaborating in various other organizations, projects and teams, and working on countless projects, decided that a different approach to change was needed.

Despite the many small successes of the sustainability movement that deserve recognition and celebration, we are facing ever more concerning challenges. Economic and ecological crises and peaking resources pose a trifecta of challenges that are not easily addressed in separation. Collaboration is needed across disciplines and demographics, using shared platforms for communication and action, in order to strengthen our response to our global emergency, and reclaim public discourse for sustainability.

Our small core team of committed volunteer change-agents is assisted by various associates, supporters and affiliates without whom our work would not be possible. To these people we are eternally grateful.

Get to know the SHIFTy mob:

Meet the key players in our core team, without whom SHIFT would still just be an idea that no one took the risk to make real…. Please give us a wave if you see us out and about!

As a shy kid I never dreamed I’d be sticking my neck out this far for a better world, but here I am, and there’s nowhere I’d rather be. A decade of teaching and nomadding around the world knocked the shyness out of me, and set me on course to act on my values and try to make a difference.

I’m now based on the Sunshine Coast, in Queensland, Australia, and finding my way back to my activist roots. After an innocent childhood of poster-runs and litter-picks, the animal liberation movement gave me my first taste of activism in my teens. Total Liberation later took me down the pathways of human rights activism, the peace movement, and more recently environmental activism and the degrowth and resilience movement. I’ve blockaded and occupied, I’ve marched and ranted, I’ve fed the hungry and homeless on the waste of a consumer culture, I’ve hunger-struck for a safe climate, I’ve sabotaged the blood-lust of fox-hunts, and I’ve written a lot of words!

I’m now a full-time downshifter after walking out on the employment paradigm and turning my back on my former lives in non-profit management and mainstream ‘education’. These days I spend far more time working pro-bono for Sustainability Showcase than I do generating dollars from my small non-profit sector consulting business, and that’s just how I like it.

I started my life in Poland, immersed in old European culture and tradition, so it’s no surprise that after a death in my family I became drawn to Catholic values. Migration to Australia plunged me into an alien culture where I lacked the language skill to understand it. The new environment I was thrust into forced me to first observe reality, and then interact, and not the other way round, which is so easy in one’s own culture.

Learning a new language enabled me not only to find work in Australia, but also gave me access to information that was unavailable in my own language. I became hungry for knowledge, and began to question my faith; thus began my long journey down the rabbit hole. I became a Communist, but was led away from that path, ironically, by my reading of Polish Communist history in a language inaccessible to my English-speaking comrades. However, my anger at social inequality persisted, and I found myself captivated by the techno-optimism of the Resource-Based Economy, attracted by what felt like a practical solution to the problems I had previously looked at from a religious or political angle.

Once I learned of the injustices perpetrated against non-human animals in our culture, I rejected another faith: anthropocentrism. I realised that building a ‘perfect’ human system must extend beyond just meeting human needs. The absence of non-human needs from the Resource-Based Economy agenda, coupled with my growing awareness of peaking resources, took me back to the drawing board. I now believe that pursuing a preconceived system is fundamentally flawed. Now retired from my big-picture position, I focus my time on local resilience and community. 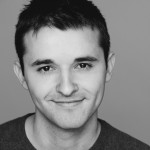 I’ve always had a passion for the environment and equality. These have been close to heart from an early age. I feel there’s no better purpose to life than to try and make the world better than you found it. As I entered my 20’s I started to realize just how little I knew about the world and was drawn to learning more. In the process many of the things I once believed changed, and I am forever grateful to all the inspirational works that crossed my path. I hope to perpetuate that gift through design and media. After working in the industry for 10 years, I feel there is no better use for those skills.

After some very ordinary career counselling at school, and three years of having to do “something” while I partied away my adolescence, I woke up one morning to find that I had become a science teacher. Getting out of a career is a whole lot more tricky than getting into one, but after about 17 years of wrestling with students who would sell their soul for a money generating qualification, I finally broke free and escaped the industry that brazenly calls itself education.

Out in the real world, I landed in the not for profit industry – the often dodgy realm of tenders and contracts where entrepreneurs and churches compete for the dollars to service the people that governments no longer have a taste for. The homeless, the unemployed, the illiterate, the mentally ill and the drug addicted are just some of the groups that have felt both the disdain of mainstream society and the empathy of workers, like me, who gave up chasing big salaries for so called meaningful employment.

Of late I have stepped off the fulltime employment treadmill and walk around nature pondering the meaning of it all. I think that will keep me occupied for quite a while yet.